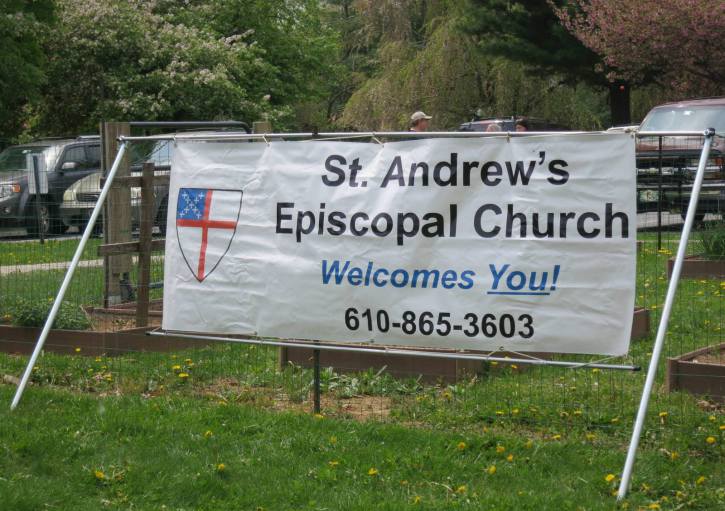 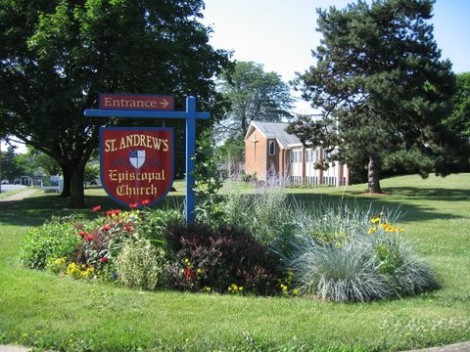 In the early 1950's, the Episcopal Diocese of Bethlehem decided that an Episcopal church should be built in northwest Bethlehem, near the Allentown city line. A home was purchased at 1938 Hilltop Terrace, in a residential area, to serve as the first meeting place. On December 13, 1953, the Venerable Dean Stevenson, Archdeacon of the Diocese, conducted the first service with the Rt. Rev. Frederick J. Warnecke, Bishop of Bethlehem, presiding.

In May 1955, St. Andrew's was accepted as a mission with the Rev. Edgar Teter as the first vicar. A chapel seating 120 people was completed at the church's current location on Pennsylvania Avenue in October 1957. Soon after the Rev. David W. Jones became the vicar. When the mission became a church, Father Jones was elected by the vestry as the first rector.

A Christian education wing was added in 1967. The sanctuary underwent some remodeling in 1981. The pulpit and altar rails were changed, and the choir was moved to the back of the church. At the same time, a set of beautiful faceted glass windows depicting the life of St. Andrew was installed on the south side. The last major renovation was in 2000 when an elevator was installed.

The Rev. Canon Jones retired in August 1992. John Warden served a little over a year and was replaced by the Rev. Canon Gwendolyn-Jane Romeril as rector. She stayed for five years and was a healing presence to our congregation. The Rev. Leslie E. Evans retired as the rector in 2007.

Father Scott Allen joined us in mid-2007 as our new priest. Since then, St. Andrew's has seen a major revitalization of both mission and activities. We are excited to see what new plans God has for our congregation! 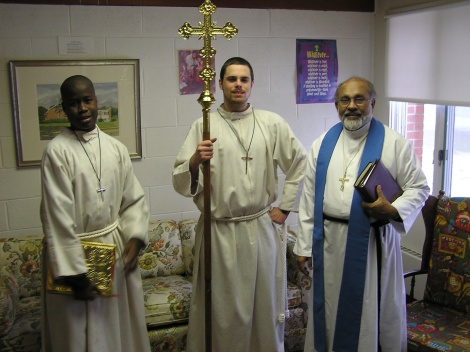 Recommend this page on:

Ministers of the Parish